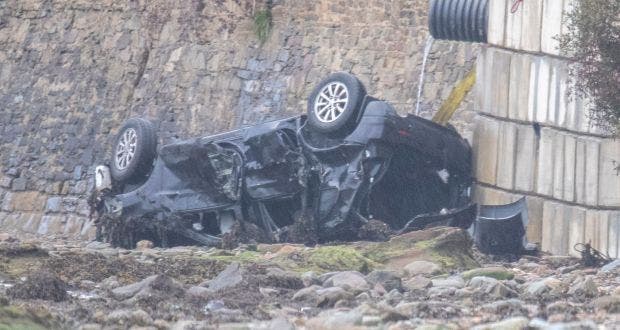 Geraldine Mullan has experienced probably the most significant trauma of her life. And for good reason, she lost her husband, John, only 49 years old in a terrible accident. His two children, Tomás, 14, and Amelia, 6 also lost their lives in this drama. Today, the woman urges those around her to show their love to their loved ones.

The car landed in the water

While she had just spent a beautiful day with the family, it only took a few seconds for her life to be changed forever. Geraldine Mullan was driving with her husband and two children when the vehicle landed in a river. Unfortunately, no one managed to escape except the mother. Quoted by The Independent, she remembers these last moments in the company of John, Tomás and Amelia. “Everything was against us. The tide was high, there was water on the road, construction work and risk of slipping on the road. John was the more careful of drivers. There was no speeding or reckless driving ”, testifies Geraldine. Unfortunately, fate would have otherwise.

“I have no answers”

When the woman remembers that night, the shock is still great. “I can visualize the evening, second by second. In a matter of seconds, our lives have completely changed. At 21:30 pm on Thursday August 20, my life irrevocably changed for the worse, ”she says. She says that the car plunged into the water and that her husband was unable to free himself due to injuries from the shock. She also adds that her son has been the perfect big brother to Amelia, even in their last moments. “Everyone knew Tomás was the perfect big brother and when the divers found him their arms were wrapped around his little sister,” reveals Geraldine.

A touching tribute to her husband

Faced with the loss of the one she calls husband and best friend, the woman shares a moving message to pay tribute to him. She says that'he was getting ready to blow out his 50 candles in two weeks and that she had hidden 50 small gifts all over the house. “Now I have no one to give them to, but I will go to the cemetery and sing happy birthday to her,” she says with emotion. She also paid tribute to the rescuers who struggled to get her out of the water. She says she yelled at them to let her die with her family as they tried to help her.

After the tragedy, this heartbroken mom called on everyone at the funeral to come home and give their loved ones a hug, telling them how much they love them. A message similar to this dad who after losing his 3 children called for “cuddling them as often as possible”.

How to rebuild after a trauma?

After tears, grief, incomprehension and anger, the grieving person must gradually show resilience in order to successfully rebuild. And for good reason, losing a child changes you for life and the pain is all the more important when it also involves the death of a spouse. While the healing process is slow and complex, you should also know that each person will experience this devastating event in their own way and at their own pace. We all have our own journey, which will lead us to tap into resources related to our character, our childhood or our life history. The friendly and psycho-emotional entourage also plays a big role in getting out of it, not to mention the time that heals the wounds by giving meaning to the drama we are facing.

This article appeared first on https://www.santeplusmag.com/cette-maman-devastee-raconte-les-derniers-instants-de-sa-famille-avant-une-noyade-tragique/