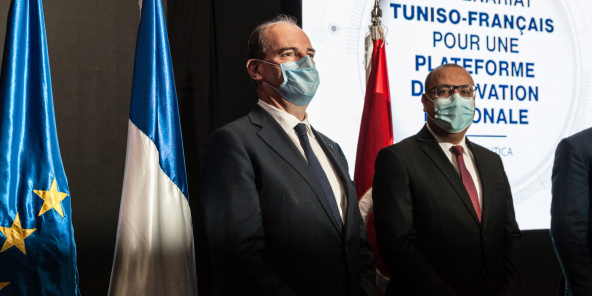 The visit of French Prime Minister Jean Castex to Tunis ended on June 3, without shattering announcements. Beyond the good understanding displayed between the two countries, several Franco-Tunisian projects have failed.

French Prime Minister Jean Castex has just completed, on the occasion of the third High Franco-Tunisian Cooperation Council, his first official trip outside France. From June 2 to 3, these 24 hours of a state trip to Tunisia sealed, by agreements, all the talks held in advance in recent months between the Tunisian and French presidents.

Three loan agreements, for more than 80 million euros, were signed, relating to resilience to natural disasters, the purchase of tugs for the navy and the improvement of the industrial and environmental performance of two desalination plants in Djerba. . Three letters of intent also anchor bilateral technical cooperation in the areas of trade, agriculture and agri-food, rural sector development, digital technology and exports.

This article appeared first on https://www.jeuneafrique.com/1182867/politique/reconversion-de-la-dette-uftam-ecole-42-les-rates-de-la-cooperation-franco-tunisienne/

The IMF advises Cameroon to regulate certain allowances for PCAs, DGs and DGAs of public enterprises