Presidential election in Burkina Faso: security at the heart of concerns - Jeune Afrique 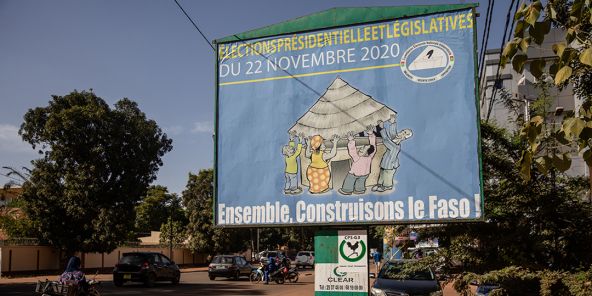 "The sexocratic protest action of the MRC amazons aims to ...

Presidential election in Burkina Faso: a calm vote, the opposition ...

Security is the major issue in the presidential and legislative elections of November 22 in Burkina Faso, plagued by jihadist attacks and inter-community conflicts.

There was no ultimatum in Gorom-Gorom. This city in the Sahel region, close to the Niger border, is fortunate to benefit from a frequent presence of the defense and security forces. But in neighboring villages, armed groups have formally sent a message prohibiting people from voting. “In recent days, alerts have circulated that armed men had been seen around the city. The curfew is at 22 p.m., but there is no one in the streets long before that time, says a humanitarian worker working in Gorom-Gorom on condition of anonymity. Psychosis has set in, and even here people are a little reluctant to go to vote on Sunday ”.

The Sahel region was one of the first to be hit by the security crisis that has rocked Burkina Faso since 2015. In November 2019, the deputy mayor of Djibo had been killed in an ambush not far from his town. Less than a year later, last August, it was the imam of the capital who was found dead after his abduction by armed men. It is also in this region that a murderous incident punctuated the electoral campaign on November 8, when the driver of a legislative candidate was killed on the axis connecting Dori to Gorom-Gorom.

“The sexocratic protest action of the MRC amazons aims to unlock ...

Tunisia: duel at the top of the judicial institution - Jeune Afrique