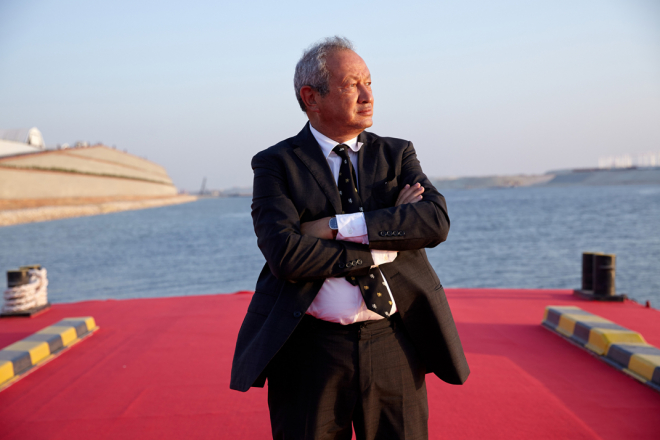 The Canadian company Endeavor GoldCorp intends to make a remarkable entry on the London Stock Exchange, after concluding a merger and acquisition agreement with its Canadian rival Teranga Gold.

For $ 1,86 billion, this contract will allow it to add to its West African portfolio a fourth mine in Burkina Faso, as well as the Massawa mine in Senegal, which Teranga purchased from Barrick this year and which has been coupled with its existing operation in Sabodala.

According to its main shareholder, Egyptian telecommunications billionaire Naguib Sawiris, who is investing $ 200 million in the new group will hold 19% of the shares, the new company will be the main producer of gold listed in London, and should see open the doors of the FTSE 100 index.

1,5 million ounces of gold per year

A place that the company will also gain thanks to the withdrawal of Randgold, which left the London listing after its acquisition by the world's second largest producer, Barrick Gold. The main companies in the sector still present in the index are the Russian Polymetal and the Mexican Fresnillo. Combined, Endeavor and Teranga will produce over 1,5 million ounces of gold per year, which is Polymetal's target for 2020.

Sébastien de Montessus, CEO of Endeavor, welcomed on November 16 in a press release "the improved profile that the new company will present on the financial markets, supported by a healthy balance sheet and strong cash flow, promising a sustainable return. ".

Current Endeavor and Teranga shareholders will own 66% and 34% of the new company, respectively, with Endeavor paying 0,47 of its own shares for each Teranga share, a premium of 5,1% over the closing price. de Teranga on November 13 on the Toronto Stock Exchange.

In a statement, the British company also refers to a financing of 800 million dollars negotiated with a consortium of banks, including Citigroup, HSBC and ING, which will be used to consolidate the debts of Endeavor and Teranga.

For Berenberg analysts, “the merger will strengthen Endeavor's position as the largest gold producer in West Africa, while adding long-term production from a lower risk jurisdiction [Senegal ] in order to counterbalance the relatively important weight of the group vis-à-vis Burkina Faso ”.

The deal was backed by Naguib Sawiris' investment vehicle, La Mancha, as well as Endeavor shareholders Tablo and Barrick, the company said.

At 23, this Togolese earns billions

At 23, this Togolese earns billions

Economic recovery: Morocco better off than Algeria and Tunisia? - Young…