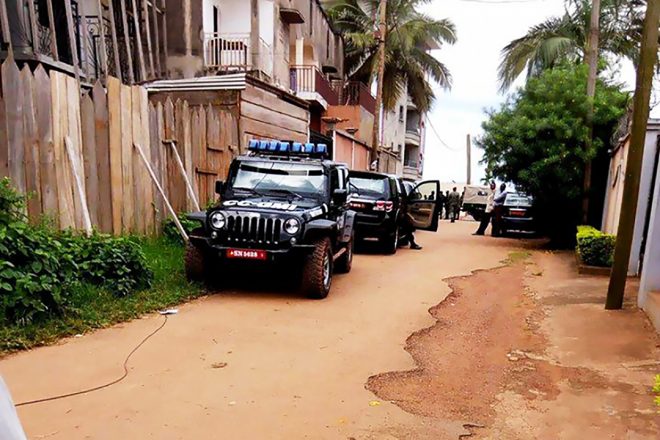 Two lawyers, including a member of the Cameroon Renaissance Movement (MRC) of the opponent Maurice Kamto, were imprisoned in Douala.

Richard Tamfu and Armel Tchuemegne were arrested on Wednesday in Douala and spent two days in police custody before being "taken to New-Bell prison on Friday evening," said Me Christian Bissou, responsible for human rights issues. to the council of the Bar Association. "They are under arrest warrant at New-Bell" in Douala, confirmed to AFP a senior police official, who requested anonymity.

Me Tamfu, an active member of the Cameroon Renaissance Movement (MRC), is also known for his commitment to human rights, particularly in the Anglophone crisis. Executives and activists of the opposition party are regularly the target of arrests and trials since their leader, Maurice Kamto, disputes the re-election of Paul Biya in 2018. Maurice Kamto himself, and dozens of members of the MRC, had spent nine months in prison without being tried in 2019 after having peacefully demonstrated against the re-election of the Cameroonian president, 87 years old. They had been released after intense international pressure.

But Maurice Kamto is now held at his home in Yaoundé surrounded by police for two months, without the justice notifying him anything, after having called for “peaceful demonstrations” for the departure of the Head of State. Several MRC executives and activists have also been imprisoned since.

Me Tamfu and Tchuemegne had been arrested Wednesday "without a warrant", according to a group of lawyers demanding their immediate release. According to Me Bissou, the charges include "contempt of court" and "destruction of public property", following clashes, on November 10, in a court in Douala where the police intervened violently to dislodge lawyers demonstrating for the release of two of their own. Several lawyers were injured during this forceful intervention by the police.

Christian Penda Ekoka says the DSCE has been a failure!

End of Ebola in the DRC: "The danger is far from being eliminated" - Young…

Presidential election in Burkina Faso: security at the heart of concerns - Jeune Afrique

Christian Penda Ekoka says the DSCE has been a failure!

End of Ebola in the DRC: "The danger is far from being eliminated" - Jeune Afrique