Burundi: Pierre Buyoya sentenced to life imprisonment in the trial on the assassination of Melchior Ndadaye - Jeune Afrique

By TELES RELAY On October 26 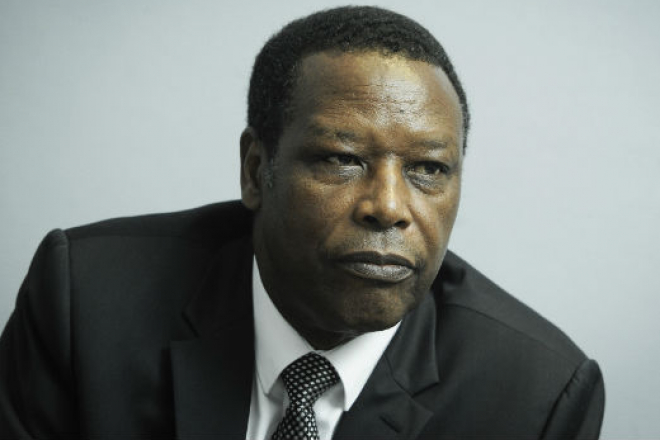 The Supreme Court of Justice of Burundi condemned "in absentia" the former president Pierre Buyoya as well as 18 other defendants in the trial of the assassination of Melchior Ndadaye, the first democratically elected Hutu president, killed in October 1993.

Opened in October 2019, the trial on the assassination of the first democratically elected Hutu president, Melchior Ndadaye delivered his verdict on Monday, October 19, more than a year after its opening and two days before the anniversary of Melchior's assassination, October 21, 1993.

The former president of Burundi, Pierre Buyoya, and fifteen other defendants, were sentenced to life imprisonment for "attacking the Head of State, attacking the authority of the State and attempting to to bring massacre and devastation ”and to a fine of 102 billion Burundian francs. Three other defendants were sentenced to 20 years in prison. The Burundian justice has acquitted only one of the defendants in the person of Antoine Nduwayo, former Prime Minister (February 1995-July 1996) and member of the Union for National Progress (Uprona).

This trial took place in the absence of the majority of the defendants who, like Pierre Buyoya, have left the country for many years. Only four senior officers were in the box of the accused. Among the other people prosecuted, we find in particular former caciques of the gendarmerie and the army - dominated at the time by the Tutsi minority -, as well as five former close collaborators of the former president Pierre Buyoya.

In 1987, in a context of ethnic tensions, the latter overthrew President Jean-Baptiste Bagaza. He then retained power until 1993 and the first presidential election by universal suffrage in the country's history, which for the first time brought to power a Hutu: Melchior Ndadaye.

The assassination on October 21, 1993, four months after coming to power, marked the start of the civil war. Cyprien Ntaryamira, Ndadaye's successor, was also assassinated in April 1994, while returning from Tanzania in the plane of Rwandan President Juvénal Habyarimana.

Pierre Buyoya then returned to power in 1996, following another coup, this time against Sylvestre Ntibantunganya before painfully leading Burundi towards a laborious exit from the crisis by participating in the development of 2000 Arusha Peace Accords and the cease-fire. This agreement notably granted immunity to the old army dominated by the Tutsi minority.

The surprise reopening of this case in November 2018, with the announcement of the arrest of the four retired senior officers had sparked a major controversy, as did the publication at the same time of a list of 17 people subject to an arrest warrant, among which was already Pierre Buyoya.

Hailed at the time as a "historic decision" by the power of Pierre Nkurunziza, now deceased, this rebound sounded above all an unexpected turn of events since a first trial, known as that of “the executants”, had targeted ten soldiers twenty years earlier, of which the highest ranking was a lieutenant.

In an interview with Young Africa a few days later, the former president, now high representative of the African Union for the Sahel, described the relaunch of this dossier as a "political diversionary maneuver". Contacted to react to this verdict, Pierre Buyoya did not respond to our requests.

Emerging from the crisis: the DRC, Senegal and Côte d'Ivoire will recover faster than the Congo - Jeune Afrique

Célestine Ketcha Courtès in the field to assess the progress of the work ...