By TELES RELAY On October 25 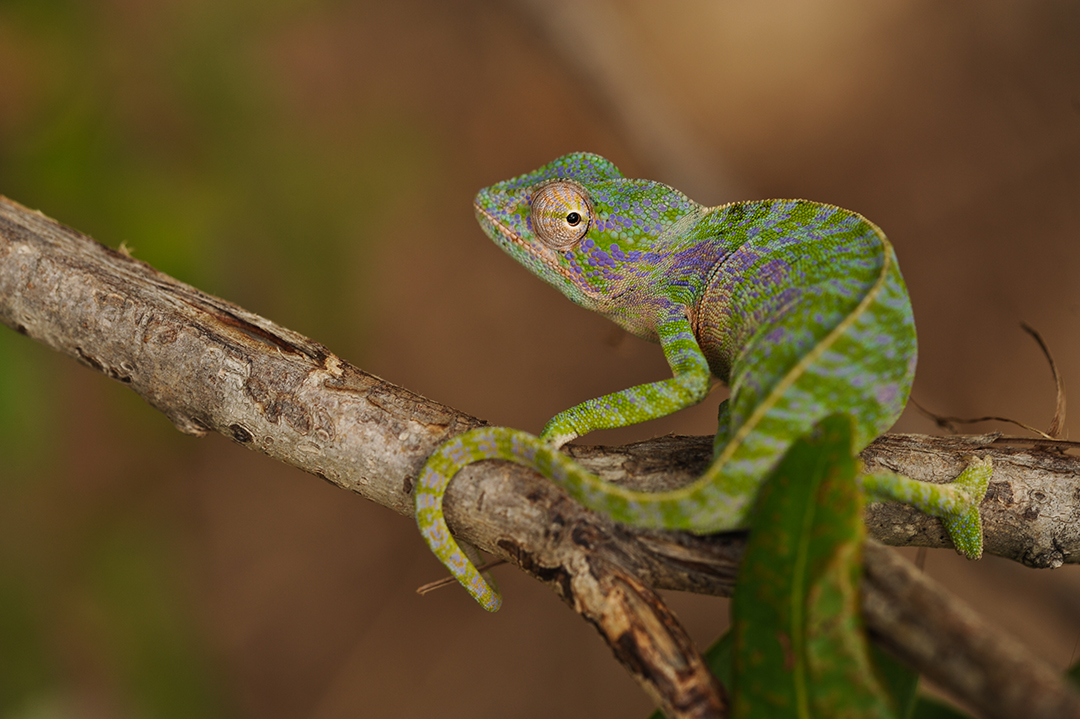 The Musée des Confluences de Lyon devotes an immersive exhibition to the Makay massif. A very little explored region in the southwest of Madagascar, famous for its incredible biodiversity but threatened by human activity.

It is rare to be able to enter it, but the one who does get there is immediately assailed by smells and noises, the source of which is never easy to determine. Animals ? Plants ? How do you differentiate the deep song of a bird and the shrill cry of a lemur, the musky scent of a flower and the sweet scents of a resin, the gurgling of water and the croaking of a frog?

The inextricable labyrinth of the Makay canyons, in southwestern Madagascar, remains today one of the least known areas in the world, but also one of the most fragile. This is one of the reasons why the Musée des Confluences, in Lyon, is devoting an immersive exhibition to him, designed by Yoann Cormier, under the title “Makay, a refuge in Malagasy land”, until August 22, 2021.

Designed to appeal to young and old, the course, organized over some 740 m², aims to transform each visitor into a scientific explorer respectful of his environment. Obviously, it is quite far from the approximately 4 km² that inspired it, and much less humid. But that's enough to make you want to know more.

The Makay massif is first and foremost a territory with an original topography, where two radically different worlds come together: the mineral space of the plateaus, dry and windy, and the humid depths of canyons invaded by lush vegetation, where is home to a rich and varied fauna.

Originally, 200 million years ago, there were mountains made up of loose rock that disintegrate easily on contact with water. Erosion has allowed the creation of deep valleys separating sugar loaf hills. Geologists speak of a “ruiniform relief” to evoke the strange aspect that the Jurassic sandstones now offer to the eye. Seen from above, the whole looks like a tangle of red curls streaked with green lines - or, as the exhibition's organizers write, a “giant cerebellum”.

If the whole of the Big Island is already famous for its incredible biodiversity and, above all, for its extraordinary rate of endemism (presence of a biological group in a limited geographical territory), the Makay is still far from having delivered all its secrets. And for good reason, it has only been explored by scientists for ten years!

This region is home to rare ecosystems, endangered by expanding human activities.

In this "safe where nature has found refuge", to use the expression of the French ecologist Nicolas Hulot, the Madagascan dogfish, the bush pig, the leaf-nosed snake, the gray Hapalemur of Ranomafana, the fossa rub shoulders. , the white-browed owl, the Madagascan drongo, the comet butterfly, Verreaux's sifaka and, in water, the pachypanchax. This list is far from exhaustive and the exhibition allows you to discover many other species, filmed, photographed, drawn and, for some, naturalized.

To give the measure of this wealth - and to recall in passing the historical link (and obviously colonial) which binds France to Madagascar - Yoann Cormier presents the 36 works of the encyclopedic work of the naturalist Alfred Grandidier, continued by his son Guillaume, The physical, natural and political history of Madagascar, published between 1875 and 1937. An interdisciplinary expeditionary account supported by the Society of Geography and the Museum of Natural History of Paris containing numerous color lithographs, digitized for the occasion and making it possible to become aware of the diversity of fauna and of island flora.

Bad news, but it was to be expected, this extraordinary wealth is threatened today. Especially by fires. By practicing "tavy", slash-and-burn cultivation, the populations transform the savannah and the forests into pastures. "The primary forests of Makay, long protected by [a] spectacular relief, are today threatened by the progression of bush fires and the food insecurity of the surrounding populations," write the organizers. This region is the illustration of rare ecosystems, unknown, inaccessible and yet threatened by expanding human activities. "

Inaccessible? Not really. Hardly accessible, rather. Moreover, the zebu thieves, the dahalo, were not mistaken ... And they sometimes find refuge in the Makay after having rounded up herds and sometimes even attacking villages. Without pathos, but with strong images, like this video showing a bush fire or like these photographs of zebus signed by the South African artist Daniel Naudé, the exhibition informs and alert.

Co-founder of the environmental organization Naturevolution, Evrard Wendenbaum played a central role in its design and has been involved for more than ten years in the protection of this unique area, in particular by guiding researchers and students of various nationalities.

These successive scientific missions have led to a progressive awareness and the creation, in 2015, of the new protected area of ​​Makay. The challenge ? Find new ways of reconciling agriculture and ecology, tourism and ecology, etc. That is to say: preserve the natural integrity of the massif without excluding the populations who live nearby.

Half-heartedly, Evrard Wendenbaum and Yoann Cormier recognize that the scientific interest in Makay today comes mainly from outside, even if private international expeditions can rely on a network of local researchers, particularly from the university of Tana. A better understanding of the issues will undoubtedly require greater involvement of the Malagasy scientific community. “There is above all a lack of cave paintings,” explains Yoann Cormier. This will require more research work. "

Cave paintings? Absolutely, and this is a recent discovery: long before serving as a refuge for cattle thieves, the Makay massif probably experienced occasional periods of occupation. Recent expeditions have identified nearly 50 caves and rock shelters covered with cave art. According to analyzes of a few pieces of charcoal, the human presence here could be earlier than the XNUMXth century. But there is still a lot of work to be done to interpret the different signs and designs that would allow the Malagasy to know more about themselves.

AfDB: Senegalese Amadou Hott at the helm of the governance committee - Jeune Afrique

In Cameroon, fear and anger after the massacre of eight students in the English-speaking South-West - Jeune Afrique