By TELES RELAY On October 22 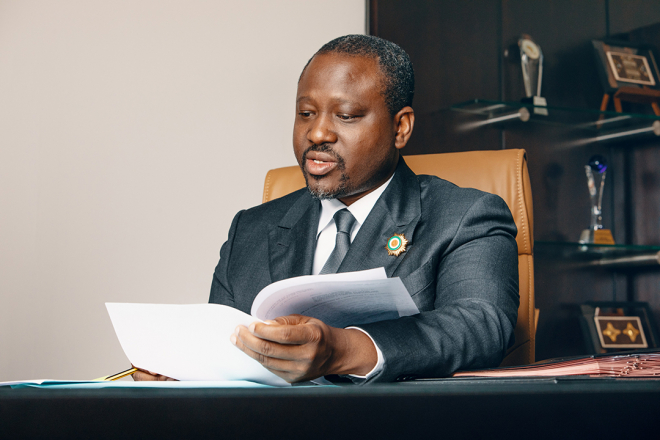 Less than ten days before an election for which his candidacy was invalidated and of which he swore that it would not take place, Guillaume Soro remains unknown to the complex Ivorian equation. Since his Parisian exile, can he still influence the ballot?

He doesn't express himself often but when he does the exercise is well oiled. Viennese pastries and squeezed orange juice to treat journalists, perfectly orchestrated press conference, all broadcast live on social networks… This September 17, in Paris, in the large reception room of the Bristol hotel, where he was Having got into the habit of making his statements, Guillaume Soro is visibly at ease.

Smiling and relaxed in his navy blue double-breasted suit, the former president of the Ivorian National Assembly tackles his favorite targets: Alassane Ouattara, his third term project, or the Constitutional Council which, a few days earlier, rejected his presidential candidacy. Sure of himself, the ex-leader of the rebellion of the Forces Nouvelles insists "that there will be no election on October 31 in Côte d'Ivoire". “Say it, write it! He urges his wary audience.

In the process, in Abidjan, Henri Konan Bédié and the main opposition forces spoke in turn to the press at the headquarters of the Democratic Party of Côte d'Ivoire (PDCI). At the stand, the "Sphinx of Daoukro", at the height of his 86 years, goes on the offensive. “Faced with the forfeiture of Alassane Ouattara, a single watchword: civil disobedience! "

Guillaume Soro and his entourage drink whey. Since his Parisian exile, the leader of Generations and Solidarity Peoples (GPS) then gives the impression of setting the tone for the rest of the opposition. “He has long said that the election cannot take place under these conditions. What he saw before the others, today everyone sees. The entire opposition is now aligned with its position and regrouped against Ouattara, ”said one of his relatives.

A senator expresses his concerns about the unfolding of the ...

Nigeria: protesters killed by police during a demonstration in Lagos - Jeune Afrique

"Tax and customs harassment is counterproductive"

“The sexocratic protest action of the MRC amazons aims to unlock ...