Crisis in Mali: the nine members of the Constitutional Court appointed - Jeune Afrique 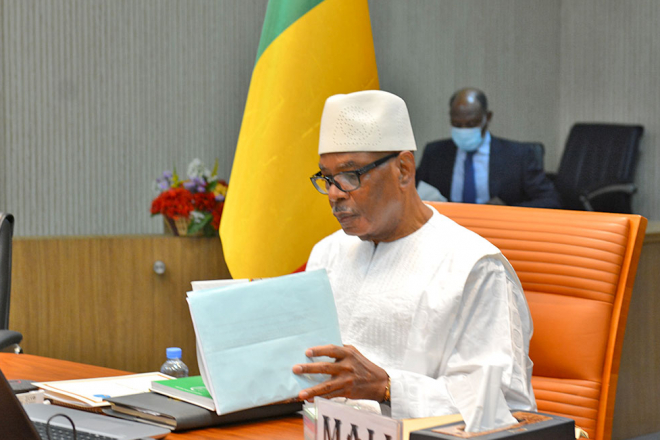 The Constitutional Court is considered to be one of the points of contention triggering the current political crisis, after it invalidated at the end of April some thirty results of the legislative elections of March-April, including ten in favor of the president's majority. Ibrahim Boubacar Keïta.

Since this decision, a coalition of opponents, religious leaders and members of civil society has demanded the departure of President Keïta, in power since 2013. The weekend of July 10, a demonstration degenerated into three days of deadly unrest. In an attempt to dissipate tensions, the Head of State announced in July a “de facto dissolution” of the Constitutional Court.

ECOWAS, which came to Bamako twice to try to calm the situation, had recommended at the end of July that the thirty or so deputies, whose election had been invalidated by the Constitutional Court, resign, and that new judges be appointed to the Court.

But in early August, the deputies concerned - including the President of the National Assembly, Moussa Timbiné, who appointed three of the nine members of the new Constitutional Court on Friday - refused to resign.

Members of the new court are due to be sworn in on Monday. The so-called June 5 Movement, banner of the protest against Malian power which continues to demand the resignation of President IBK, announced on Friday that a new demonstration would be organized Tuesday in Bamako "and in regional capitals", according to Choguel Maïga, president of the M5 strategic committee.

The public prosecutor in charge, Mamoudou Kassogue, indicated on Wednesday that a judicial investigation had been opened against X, on the instruction of the authorities, "for murder, aggravated bodily harm and fatal blows" concerning these disturbances.

As the regions approach, the government clears the arrears of ...

As the regions approach, the government clears the six-month arrears of ...