OPEC facing peak oil is preparing for a time of falling demand!

The cartel of oil producers is said to be bracing for a permanent reduction in demand for oil after the coronavirus pandemic.

The coronavirus crisis may have triggered the long-awaited tipping point in oil demand, and it is focusing minds on the world's largest producers and exporters of crude.

The pandemic lowered daily crude consumption by up to a third earlier this year, at a time when the rise of electric vehicles and the switch to renewable energy sources were already leading to downward revisions to the forecast for the long-term demand for oil.

This has prompted some officials at the Organization of the Petroleum Exporting Countries (OPEC), the most powerful proponent of oil since its inception 60 years ago, to question whether this year's dramatic slump in demand signals permanent change. and how to best manage supplies if the oil age draws to a close.

"People are waking up to a new reality and trying to work their heads around it all," an industry source close to OPEC told Reuters news agency, adding that "the possibility exists in the future. 'spirit of all key players' that consumption could never fully recover.

Reuters interviewed seven current and former officials or other sources involved in OPEC, most of whom asked not to be named. They said this year's crisis, which had pushed oil below $ 16 a barrel, prompted OPEC and its 13 members to question long-held views on the prospects for demand growth. .

Just 12 years ago, OPEC states were teeming with liquidity when oil peaked above $ 145 a barrel as demand increased.

Now it faces a dramatic adjustment if consumption begins to decline permanently. The group will have to manage its cooperation with other producers, such as Russia, even more closely to maximize the drop in income and will have to work so that relations within the group are not unraveled by a fratricidal drive to defend market share. in a contracting activity.

“OPEC's job will be more difficult in the future due to lower demand and increased non-OPEC production,” said Hasan Qabazard, OPEC research director from 2006. to 2013, whose work now includes advising hedge funds and investment banks on OPEC policy.

An official, who works in energy studies at the petroleum ministry of a major OPEC member, said oil demand shocks had in the past led to permanent changes in consumer behavior. He said this time probably wouldn't be any different.

“Demand is not returning to pre-crisis levels, or it is taking time for this to happen,” he said. “The main concern is that the demand for oil will peak in the next few years due to rapid technological advances, especially in car batteries. "

But this year's global lockdowns, which stranded planes and pulled traffic off the streets, prompted OPEC to reduce the 2020 figure to 91 million bpd, with 2021 demand still below 2019 levels.

Producing countries, energy analysts and oil companies have long tried to determine when the world will reach “peak oil,” the point after which consumption begins to decline permanently. But demand has grown steadily every year, with a few exceptions against a backdrop of an economic slowdown.

Nevertheless, OPEC lowered its expectations. In 2007, he predicted global demand to reach 118 million b / d by 2030. Last year, his forecast for 2030 had fallen to 108,3 million b / d. Its November report is expected to show another downward revision, according to an OPEC source. 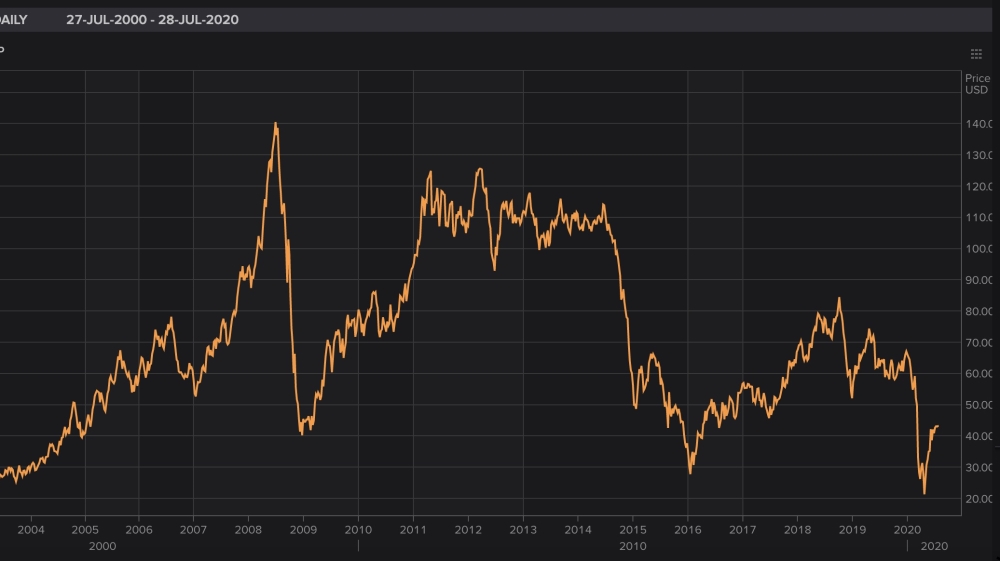 OPEC officials declined to comment to Reuters on its demand outlook or policy for the article. But officials said history shows OPEC's ability to adapt to changes in the market.

Rawbank becomes a partner of Mopepe, the first mobility service in…

With small steps, Senegal is getting closer to the “Gas Opec” - Young…

The "Cocoa Opec", a model to follow - Jeune Afrique

Consumption forecasts vary outside of OPEC. Oil companies have reduced the outlook for long-term crude prices as the outlook for demand fades, reducing the value of their assets.

The percentage share of oil in the global energy mix has steadily declined over the past decades, from around 40% of the energy used in 1994 to 33% in 2019, even as volumes consumed increased with more cars. on the roads, the increase in air transport and a petrochemical industry that produces more plastics and other products.

That may now change, as more electric vehicles roll out of factories and airlines struggle to recover from the pandemic. The International Air Transport Association (IATA) doesn't expect air travel to reach 2019 levels until 2023 - at the earliest.

"Once aviation recovers by the end of 2023, demand will return to normal - aside from competition from other energy sources," said a second OPEC official involved in the forecast, highlighting the difficulty of making predictions in the context of a global trend to use more renewable energies. and other fuels.

This leaves OPEC with an increasing challenge. Most of the group, which relies on 80% of the world's proven oil reserves, rely heavily on crude. Oil prices, which now hover above $ 40, are still well below the level most governments need to balance their budgets, including OPEC de facto leader Saudi Arabia .

OPEC, whose production accounts for about a third of world supplies, is no stranger to crises. He handled supply shocks during the Gulf conflicts of the 1980s, 1990s, and 2000s and found ways to cope when competing non-OPEC producers turn on the taps, like the shale oil industry. in the United States over the past decade. 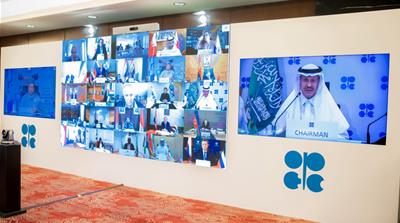 More recently, when the coronavirus crisis crushed demand, OPEC along with Russia and other allies, a consortium known as OPEC +, agreed in April to record production cuts of 9,7, 10 million bpd, or the equivalent of XNUMX% of world supply. These deep cuts last until the end of July.

Yet what comes next promises to be yet another test of OPEC's courage. Instead of dealing with one-off shocks, OPEC must learn to live with long-term decline.

"This trend will emphasize cooperation between OPEC members, as well as between OPEC and Russia, as each strives to maintain its market share," said Chakib Khelil, Algerian minister of oil for a decade and twice President of OPEC.

Some short-term challenges may arise from OPEC as Iran and Venezuela, both hit by US sanctions, seek to boost production or as production recovers in conflict-ravaged Libya.

Others may come from outside, as the group tries to prevent shale production in the United States from taking market share while OPEC seeks to cut production in its efforts to support prices.

“There are many challenges ahead and we have to adapt,” said an OPEC delegate, who said the group's handling of past crises has proven it is capable of responding.

Former OPEC research director Qabazard said the group may have a little more time to adjust before demand peaks. But he said the deadline for OPEC's adaptation was approaching.

“I don't think it will exceed 110 million barrels a day by the 2040s,” he said, adding that the fallout from the coronavirus pandemic had changed drinking habits for good.

“It's a permanent destruction of demand. "

Tunisia: a collective calls for the legalization of cannabis

Belgium: Drifts during baptisms at UCLouvain: 9 people sent back to…

A mother locks her 14 month old baby in the car and puts the ...

Social experience: A 12-year-old girl "gets married" with a…

This news could be like a bomb for millions ...

Covid-19: This study reveals the extent of the side effects of ...

9 plants that cleanse your lungs and help you breathe ...

Why do you have to fart in front of your partner? - HEALTH PLUS ...