Cited in a fraud case in the DRC, the African group of the Cameroonian Paul K. Fokam files a complaint in Paris 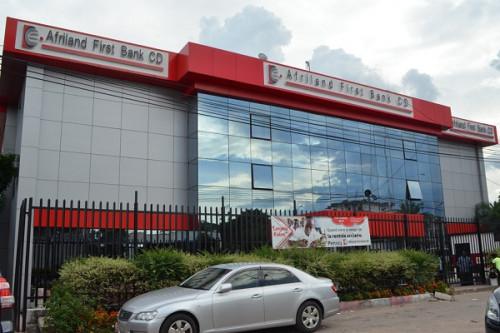 Entrepreneurship in the DRC (4/5): designer Fifi Kikangala is shaking up…

(Business in Cameroon) - The Platform for the Protection of Whistleblowers in Africa (PPLAAF) and the British NGO Global Witness have been, since 1er July 2020, under a complaint filed in Paris, the French capital, by Afriland First Bank Democratic Congo (CD), one of the eleven subsidiaries of the banking group founded by the Cameroonian billionaire Paul K. Fokam.

« A complaint was lodged in France, in Paris, against Global Witness and against the PPLAAF, on the way in which the evidence was gathered in this file. It was done on behalf of the Afriland bank, since this is where the files were stolen. We have a lot of evidence that suggests that the stolen files have been tampered with and we have very specific things on this point. We also have documents that demonstrate the very fraudulent manner in which certain testimonies were obtained. So, an investigation is going to open and it is absolutely and absolutely necessary, to shed light on the way in which these NGOs work. “, Explained on Radio France international (RFI) Me Moutet, the lawyer appointed by the banking group.

The complaint contains a host of charges. These range from theft to forgery and use of forgery by organized gangs, including breach of trust, blackmail, private corruption, slanderous denunciation, concealment, and violation of banking secrecy. As a reminder, the complaint filed in Paris by the banking group of Cameroonian Paul K. Fokam follows the revelation, a few days ago, of a case of fraud and corruption in which Afriland First Bank CD is specifically mentioned.

Clearly, this bank is accused by the whistleblower protection platform in Africa (PPLAAF) and the NGO Global Witness, of having helped the Israeli billionaire, Dan Gertler, to continue doing business in DR Congo, through an international money laundering network, despite sanctions by the United States government.

« As always, in Congo, it is the Congolese financial system which, unfortunately, allows this kind of mischief. It is now the Afriland bank, which is a subsidiary of a Cameroonian bank, which suddenly went from being a small bank in the DRC to one which is among the largest. And that, possibly, thanks to Gertler and his trusted men », Declared on RFI Gabriel Bourdon Fattal, a member of the PPLAAF.

All these accusations are rejected by Afriland First Bank CD, which instead accuses its accusers of having obtained and then manipulated confidential bank documents, probably stolen by two former employees who have now resigned.

03-07-2020 - Afriland First Group of billionaire Paul K. Fokam cited in a case of fraud and corruption in the DRC

Another death at Carrière Leboudi, a few steps from Yaoundé!

Entrepreneurship in the DRC (4/5): the designer Fifi Kikangala shakes up the codes - Young…