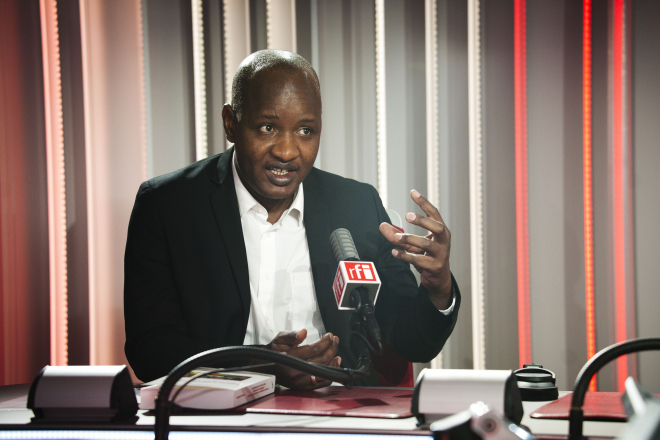 A lawyer specializing in land rights, globalization and consumers, Malian Alhousseini Diabaté is currently in residence at the Institute for Advanced Studies in Nantes, in the west of France. He has just published his thesis with L'Harmattan editions under the title Legal protection of the food consumer and economic liberalism in developing countries, the example of Mali (editions of The Harmattan). In this book, the teacher-researcher at the Faculty of Law at the University of Legal and Political Sciences in Bamako expresses his skepticism about the guarantees that globalization can bring to consumers in his country. He is the guest of the show Eco from here, Eco from elsewhere, co-produced by Jeune Afrique and RFI, and broadcast on RFI on Saturday March 7 at 12:10 p.m. Paris time.

Uemoa is above all an economically integrated space. Its primary objective is to ensure free trade, which may not facilitate the fight against the Coronavirus, since every State must justify itself when it takes measures contrary to this principle. But I think that currently the UEMOA should take cyclical measures to protect public health. Beyond these emergency measures, the UEMOA must make an important place for the protection of public health, the protection of the consumer and more generally the protection of objectives other than market objectives.

In principle, the African Continental Free Trade Economic Zone (Zleca) will benefit consumers by expanding the market and opening it up to more competition. It could also be beneficial to economic operators. But there is a risk that these will be surpassed by operators from other countries.

An example: in 2017, we carried out a study on young Malian entrepreneurs who are embarking on the production of broiler chicken. All of them close shop after a year because they produce the kilo of chicken at 1 CFA francs, when the cost of chicken imported from China and elsewhere is 650 CFA francs. So yes, the consumer gets a better price, but he has other things to take into account such as health safety and respect for the cold chain.

The best way to keep African economies competitive is by setting up short circuits and promoting family farming.

Africa (French-speaking) is easy prey for multinationals and developed countries. This problem has its roots in the past. The (French) law of 1952 lays down a principle which was renewed after independence, that of vacant land without a master. The colonizer considered that all the unexploited lands should return to the State by denying the customary law, which wants that this right of exploitation be granted for a time to a population through a ritual where authorization is requested from the ancestors. It is a mechanism which on the contrary must be valued to secure the right of property and the right to food.

In Mali, the law of April 11, 2017 enshrined the recognition, under certain conditions, of customary land law, common goods and collective rights. For example, village spaces are now recognized by law. But certain African jurists judge the text not applicable because in the doctrine of French law, only individuals or legal persons can have a land right. However, village communities are not legally constituted legal persons. We must break with French civil law and create African civil law. In France, researchers are inspired by the concept of commons taking Africa as a starting point, it is a shame that African jurists do not succeed.

Coronavirus: Air France facing the precautionary measures of the countries ...

Is this a clue that one of the biggest events ...

The coronavirus breaks the Asian momentum of airlines ...

Love Island, The Circle…: reality TV, the new frontier between Netflix and Amazon?

Is this a clue that one of Apple's biggest events could be ...